Time and again we have read about and heard of innumerable invasions in various parts of the world. Some have made me think very deep about these invasions and their impact on the people.

Whilst the era of Apartheid seems to a sore thumb in the mouth of South Africans a different scenario appears on the other continent. In Sri Lanka, The colonial regime brought in changes which the locals of the free nation have adapted into their lifestyles. They have long discarded their addictions of being a coffee loving country and turned their taste buds to Tea that was introduced by the British as a beverage of choice. South Africa learnt a bitter lesson and then mulled down to forget and forgive policy of Nelson Mandela to live peacefully and move towards progress. Of course, today’s scenario is very different. China too is making itself heard, seen and felt in an aggressive manner.

What happened in India is a very extreme condition. Indians that have been constantly traumatized by foreign Invasions for thousands of years have suffered but remained resilient in their approach. Much before the British colonized India it had been victimized by Muslim Invasions.

During these Muslim Invasions nearly 400 million Hindus had been killed mercilessly. History has records of many such intolerant genocide like movements that withered the Indian soil yet strengthened the Hindu Blood and Bond. The Britishers too were muffled by the steadfast faith of the Hindus towards their religious based attitude of being forgiving and extending love and care towards people of all faiths.

Those that claim that barely has India been a free nation for less than a century and they are unable to tolerate other religions must look back into the History and check the facts first. The Hindu Religion and Hind have been there long before the Muslim emergence and have preferred peaceful means except when it came to their own defense.

Now, this seems to have baffled the people of other religions who cannot digest the moral strength and culture of Hinduism which bears roots for over 4000 years, known to be the oldest religion (ref https://www.history.com/topics/religion/hinduism) . So there is now an upsurge within those circles of intolerant religions to once again do what they did when India was ruled by foreign rulers. These weaklings and cowards now target not only Hindus within India but anywhere else as well. 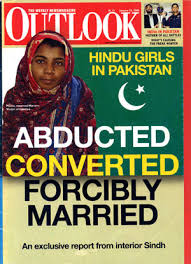 Within past few years the issues of Love Jihad, Religious intolerance, Conversions, abductions and murders of Hindus are on the rise and this is not just happening in India or its adversary Pakistan but also happening in other countries.

Pakistan is quite shameless in openly doing so. There isn’t a single week when a Hindu girl or two isn’t  abducted, forced to convert and at times married off to a Muslim man who could be even older to her own father. These are young girls who are targeted in their innocence and forced to give false statements.

Besides doing it in Pakistan, they have adapted to cowardly methods of trying to curb Hinduism by destroying Hindu places of worship in India itself and also in Indonesia, Bangladesh, and several other parts of the world. Temples have been attacked in United Kingdom and Australia as well.

There are instances from parts of the world where the Muslims have failed to convince Hindus to convert and started selling their religion by bribing ( what else could I call it?). They entice young women and at times men by paying them money to convert into Islam. Needless to say, they can get success only with the poor class of people who are desperate for some money but then they give in to the pressures. No one knows for sure if the same people convert under any threats as well like it happens in Pakistan.

What else could this be called but selling of a religion in exchange of benefits. It would be interesting to know if they at least continue to provide the necessary support to their new converts in the long run. Those who sell their religion to others for the dime fail to understand that religion is inborn in a person as a quality. By forcing someone, by threatening someone or even by enchanting someone the person by heart remains what he or she is. The outward conversion may satisfy them so called religion traders but Alas! in doing so they lower their own morales as they know not what God/Allah wished for them to do.

Below are just a few of the links, videos and pictures available widely on the internet. The unfair practices targeted at them shall not curb the Hindu mindset largely as evident in History. The numerous thousands of years of Foreign rule and efforts to destroy Hinduism has only made “The Hindu” evermore determined.

The Sikh Gurus who shed their blood to protect Hindu Dharam left evidence that they cared for the truthful religion despite the challenges.

The Hindus that migrated post the Partition of India and Pakistan to the Indian land left their riches behind, left their motherland, left behind their ancestral belongings and attachments to protect their religion. Despite all such evidence other religions are being sold to Hindus in today’s times but it shall not succeed.

https://unpo.org/article/21588 (Resolution against forced conversions ) Approved but not practiced.

5 thoughts on “Religion For Sale”