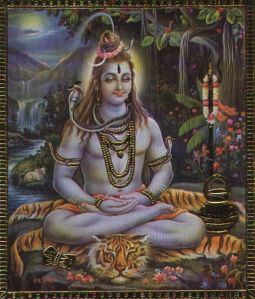 Having penned some sentiments ref the religious practices does not silence the quest into the validity or invalidity of the Belief System. There is so much going on around us, within our very environs that the quest gets thirstier and one seeks further answers to a lot.

As per common understanding one man’s sin could be another one’s virtue. Hindus so to say, are meant to be vegetarian. If we agree to that then 60% of the Hindu population lives in Sin. Consumption of beef is a taboo to Hindus as they are meant to be worshipping the Cow. Arguably there is a very negligent proportion of Hindus who can claim to know the reasons behind worshipping a Cow or considering it Holy. Then there is a whole wide range of other religions who find no fault in feasting on Cow meat. They are not sinners just because they aren’t Hindus.

The Muslims consider having the Swine meat as a taboo yet there are many who relish Pork and Ham. The same Animal flesh changes its significance from worship to the plate. Yet no one is wrong and no one is right. Strange is the way we connect or disconnect our faith with such practices.

Islam does not permit consumption of Alcohol. Hinduism doesn’t prohibit it’s usage very strictly neither does it permit it freely. Sikhism has split views ref the same whereas Christianity doesn’t advocate against it. It is quite interesting that people are judged by consumption of alcohol, tobacco, meats yet we find Hindus eating meat, Muslims drinking Alcohol and Chritians being vegetarian. Does that mean they all are sinners? It might be worth calling to attention that certain Hindu Devtas indulged in alcohol mentioned as Somras and Jesus miraculously produced wine and fish. The sin is obviously not in the food and drink but in the thought.

I am quite intrigued by the system of observance of certain days too being auspicious and observed in a pious manner. Very aware that Iwould be hurting many a sentiment, I dare to question the existence of those special days or weeks when when must pray more than other days, one must observe certain austerities such as skipping meals / going vegetarian / abstaining indulgence in sex, alcohol or even keep tabs on desires, anger,lust,greed,hatred and violence . How and when did we ever start  considering only certain periods such as Navratri, Diwali, Ramadan, Paryushan, Lent, Vaisakhi to be of higher significance than others. What wrath have other days earned that they should be ignored.?Amusingly, what is considered an auspicious occasion for a certain sect of people could simultaneously be an indulgent period for another sect.

A few weeks of arguments ref the meat ban in certain parts of India challenged the whole ethic of religious tolerance Among people. It was a very confused state of affairs and a pity worthy state of minds when one thrusts ones likes and dislikes on others on the name of religion. Alas! They know not  that respect for any faith or practice is earned by merit not by pressure. The very people who impose such bans I urge them to consider a fact well known and acknowledged but ignored. The basis of restricting slaughter or sale of animals or animal products is in fact resting on a very hollow foundation. Most of our Hindu Devtas are depicted on some animal as their mode of transport like the mouse, the lion, the cow etc. The forum against  Cruelty On Animals might want to challenge those Devtas or curse the artist who painted snakes around a Diety’s neck. Sounds ridiculous ? That’s the point!

Many Indians around the world have just accomplished their very spiritual period of festivity and prayers with lot of pomp and splendor that which was competed by most daily soaps on various channels as well. While some opted for huge Idols of the Lord, others caring for the environment and needs chose eco friendly statues. It appeared, whatever material used, the celebration was more of a status symbol for many rather than being a quiet period of sanctity. There were loads of pictures on social media boasting of larger than life celebrations, eco friendly celebrations as well as those catering to the not so fortunate members of the society. Yes, of course! We all took pride and boasted and we’re happy. The aftermath of the festival is a nightmare in terms of pollution and hygiene.

To follow next in line was the festival of Eid ul Adha or Bakrid marking the end of the Holy period when Devout Muslims from all over the world carry on with their pilgrimage to Mecca. The unfortunate incident of an accident causing deaths was later followed by another unfortunate scene. I am not well versed with the austerities, so haven’t quite figured out as to why and which Devil is getting stoned year after year for thousands of years and yet remains unconquered. The Devil and The God is within us. The Satan and The Saint is within us.

Attire! How can we overlook the questions raised over each other’s dress code based ritualistically. Let’s give it some thought till we get on with details in the near future.

One thought on “QUESTFUL BELIEFS part 2”