The festivity combined with fun and frolic

Sporting a riot of colors so wild and vivid

Leaving no scope to be shy and timid

Pools of water and the fancy spray guns

Jovial become the elderly and the children

Holi reminds of the mythical tales of yore

And not forgetting the Hindu time score

Holika the sister with his son placed on the pyre

Such was victory of spirituality, truth and just

Emerged they did unscathed and unhurt

Holi speaks of the legend of Lord Krishna

And his playful mate Radha the Gopika

The celebration of their Love so Divine

Commemorated on this day of Phalgun

The spring Festival it is called as well

When flowers and harvest merge and swell.

Published in The Coffee Table Book : ” DIWALI and Beyond” 2017 by The Asian Weekly: 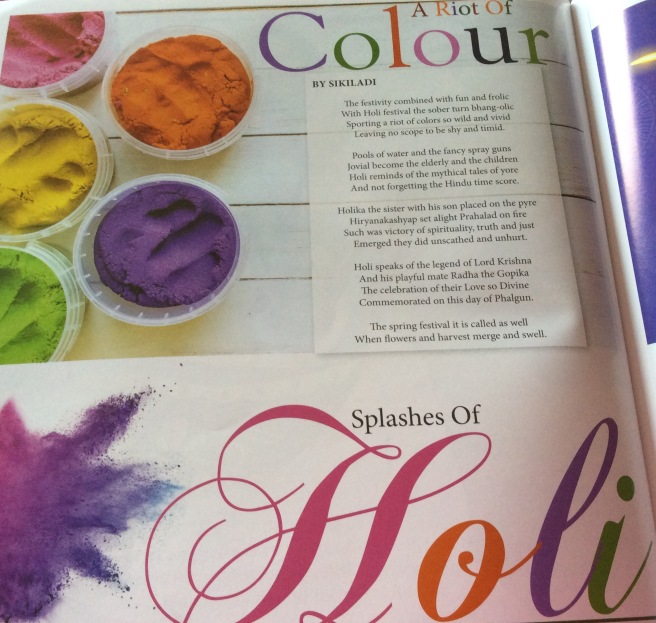