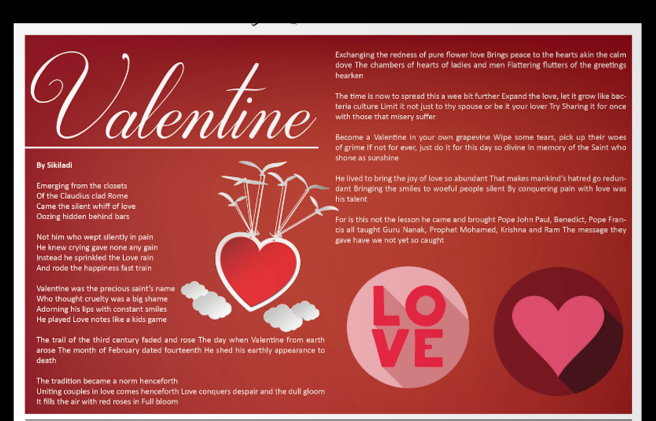 The time is now to spread this a wee bit further
Expand the love, let it grow like bacteria culture
Limit it not just to thy spouse or be it your lover
Try Sharing it for once with those that misery suffer

Become a Valentine in your own grapevine
Wipe some tears, pick up their woes of grime
If not for ever, just do it for this day so divine
In memory of the Saint who shone as sunshine

For is this not the lesson he came and brought
Pope John Paul, Benedict, Pope Francis all taught
Guru Nanak, Prophet Mohamed, Krishna and Ram
The message they gave have we not yet so caught