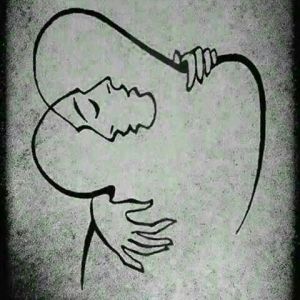 A very commonly heard and understood term in our lives is Mothering a child but a very circumstantial evidence of Mothering a Mother is becoming more apparent in present times. How does one Mother a Mother? It is very obvious that Mothering means to take care of like a mother, and looking after a Mother how she would do, automatically becomes Mothering the Mother.

With Nuclear families becoming a norm of the times, aged or single or even widowed women become the prime responsibility of their Children in most Asian and African societies. Gone are the days of the large joint families when women had more companions at home and never became lonely even at the latter part of life. With the advent of smaller families and busier lifestyles the aged become lonelier than ever before. Readers might agree that that seeing their Mothers’ get lonely and sickly the daughters (or sons/daughters in law) usually take up the role of parenting them and take care of the mothers by becoming a Mother to them.  It is interesting to see how they even scold the mothers’ ref their health care or to correct their diet and tend to their needs and hobbies. It is worthy of note how the Mother actually starts behaving like a daughter and takes guidance from her daughter.

It is fascinating how not only the very old Women behave like daughters but at times due to the fast changing trends of life even the middle aged women look up to their daughters for advise treating them like a teacher/ parent/advisor.  Be it advise ref fashion trends, lifestyle changes, computer literacy or gadget guidance a mother usually has no inhibitions learning the so called New World Trends from a daughter. Does that make a daughter superior to the Mother? A Mother still holds that very special place in the daughter’s heart yet she is very humbled to be a Mother to the Mother.

Special mention must be made to the daughters who have sacrificed their lifestyles, their friendships, their hobbies to be present to look after and care for their Mother. In our society it is usually the Son who tends to the parents as a moral responsibility but when a daughter does so, she often does it with a Motherly feeling within her and giving up her desire to live a married life.

4 thoughts on “MOTHERING A MOTHER”