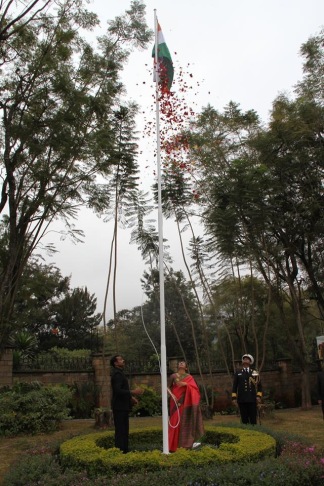 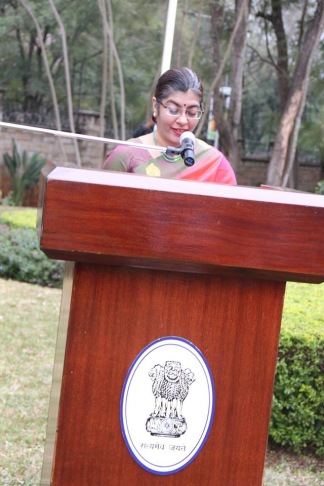 It is the 70th Independence Day of India being celebrated. There is a hoard of ccGreetings and Patriotic messages and photos being circulated on the Social Media by and to the Indian Diaspora all over the world. The day is a cold, foggy day in Nairobi, Kenya where the flag hoisting was done by the Indian High Commissioner Madam Suchitra Durai at The India House in the early hours of the morning to facilitate people to get to work in good time. The date : 15th August 2016.

In the hoard of messages Rita finds a post that speaks volumes about the Pride of being an Indian. She wastes no time in posting this message forward to those who can read messages in Hindi. While she doesn’t get much response from other groups ( she wasn’t expecting any as it was just a forwarded post and one gets several of those), to her surprise someone commented on this. It was her old Cambridge School  mate Rajiv Batra from New Delhi who commented by saying, ” I don’t know why but I always find our NRI’s in better respect and determination for our Nation, then we Indians living in it”.

This made her think, “Is it true? Do I have a better respect for my Motherland now that I am not in India?” She reflected, she searched her hidden compartment of the Love for her country in her heart and found some quick answers. She hurriedly replied to Rajiv’s comment by saying :

It is in that sense of belonging!

It is in that heritage!

It is in that land of our birth!

It is that identity that it gives us!

It is the calling of the heart that one wishes to die in the motherland!

That is the patriotism we experience when away from India!

Rita realized that so much of the sentiment of such patriotism remains hidden in each Indian Heart which emerges from time to time yet they do not acknowledge it open heatedly sometimes. Yes, The Indians away from India might be showing it more in oblivion. It is just like:

A Rose bud that opens up among all green leaves and emerges beautiful to the sight.

So is One’s Love for One’s Country which becomes very obvious when celebrated or spoken about in a different country.

So is One’s Love for One’s culture and tradition which emerges strong when celebrated within a different cultural atmosphere.

So is One’s Love for One’s Roots of emergence which makes One stand up in respect to the National Anthem at any social event.

So is One’s Love for One’s Lineage of the heritage that makes One speak with Pride when in such a discussion.

Rita and innumerable Indians who live away from their motherland feel that bonding with their roots in other countries. That is the reason when in India, one doesn’t much appreciate the Indians because at each glance one is faced with a fellow Indian so there is no rarity in that.

One doesn’t need to be fighting a war or waging a war to be patriotic.

One doesn’t need to be disrespectful to another country to be patriotic.

One doesn’t need to be making big discoveries to be patriotic.

One doesn’t need to make big statements or appear in newspapers to be patriotic.

One needs to have that Love for the country deep within to be patriotic.

One needs to be respectful to One’s country in speech, action and thought to be patriotic.

One needs to be protecting the honour of the country in a pleasant way to be patriotic.

One needs to remain in boundaries beyond the boundaries to be patriotic. 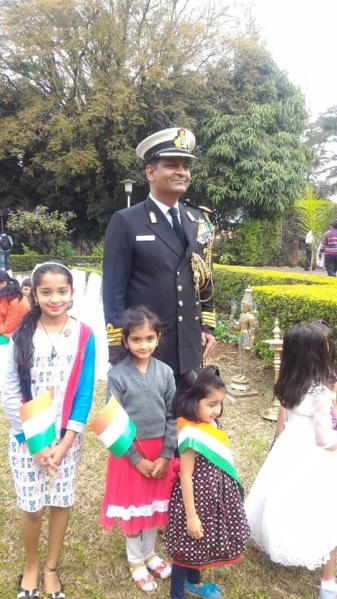 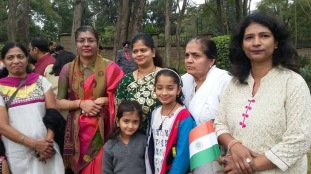 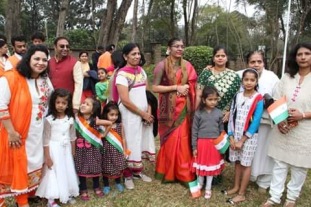 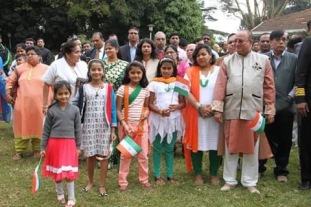 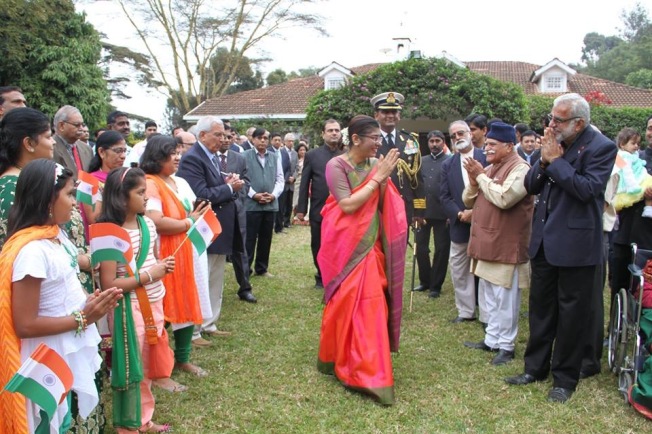 Members of the Indian Community were welcomed by the High Commioner of India to Kenya, Shrimati Suchitra Durai at The India House.